Comparing two of the widely used technologies in application development: Node.js versus Java. It would be wise to understand the difference between these two in terms of performance, the learning curve, community support, use cases and other factors involved.

If anyone wants to compare two powerful backend technologies like Node.js versus Java, and are also excited to read about how Netflix migrated from Java to Node.js; they should read this post and be fascinated.

It will introduce professionals to why Java is still relevant in the times of modern and scalable Node.js, the areas where Node.js outperforms Java in many ways. This post will help most professionals decide on the backend technology for their next web app development project.

So now, without further ado, let us now compare the crucial aspects of both tools, ranging from overview and use cases to performance, scalability, application architecture and many others.

An overview of Node.js and Java

A top-notch mobile app development company based in Toronto helps its decision makers and Chief Technology Officers (CTOs) select the right framework based on numerous comparison factors. Both Node.js and Java are widely preferred by developers for building interactive applications. Now let us explore more of what these two have in store for companies:

Node.js is a server-side, Javascript-based runtime environment that is a large open-source tool. It attributes its success as a high-performance, scalable framework to the single-threaded process used for web loads and async programming.

MUST READ  Step by step instructions to Use Location-Based Marketing

Other than that, Node.js based frameworks can be used to enhance any project’s backend capability, like Socket.io, Meteor.js and Express. Designed with real-time and push-based architecture, the technology helps create single-page applications, websites, and backend API services.

Here are some statistics pertaining to the market usage of Node.js as a viable backend technology tool:

An overview of Java

Java is a programming language that is promoting the usage of object oriented concepts (after C++). it works on the WORA principle (write once and run anywhere), meaning that the code can run on all the platforms that support Java without any need for recompilation.

Sun Microsystems developed it in 1991 (the company is now a part of Oracle as it acquired Sun Microsystems). Java is secure, stable and flexible as well. For banking, FinTech, Transportation services and eCommerce, the tool is a perfect fit.

In the initial phases, Java was also hailed as a fine language for Android application development.

MUST READ  What to Look for in a Google Analytics Agency

Java becomes a platform/framework when combined with a runtime environment i.e. the Java Virtual Machine (JVM). There are around four main platforms of Java, which are as under:

Use cases of Java

Different pros and cons of both Node.js and Java

Before a framework is chosen, it is important that people understand the opportunities and shortcomings it brings along (hire app developer). This comparison between Node.js and Java should help you select the most compatible tool for their application. 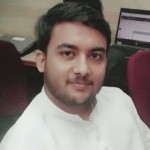